With help from Gavin Bade, Leonie Cater and John Hendel

Editor’s Note: Morning Tech is a free version of POLITICO Pro Technology’s morning newsletter, which is delivered to our subscribers each morning at 6 a.m. The POLITICO Pro platform combines the news you need with tools you can use to take action on the day’s biggest stories. Act on the news with POLITICO Pro.

— Congressional consensus: Senators are coalescing behind the recent House version of legislation aimed at cleaning up online marketplaces — a bill also backed by platforms like Amazon and Etsy.

— Stalled bills: Major legislation is languishing on the Hill as lawmakers work through the infrastructure and social spending packages, though both could get final votes as soon as today.

— Transatlantic ties: European lawmakers descended on Washington this week to meet with American officials. Here are their takeaways.

IT’S FRIDAY, NOV. 5. WELCOME TO MORNING TECH. I’m your host, Benjamin Din. Well, this is awkward. The House and the Senate have passed separate bills naming Department of Transportation headquarters after different people. Do you want to tell them, or should I?

Got a news tip? Email me at [email protected] and find me on Twitter @benjamindin. Got an event for our calendar? Send details to [email protected]icopro.com. Anything else? Team info below. And don’t forget: Add @MorningTech and @PoliticoPro on Twitter.

A message from Charter Communications:

Nearly 10% of Charter’s workforce has a military affiliation and our commitment to our transitioning service members, veterans, Guard and Reserve members, the military spouse community, and their families is strong. The Hiring Our Heroes Corporate Fellowship Program is just one of the many ways we recruit military personnel and help them build meaningful careers with us.

On Thursday, Sens. Dick Durbin (D-Ill.) and Bill Cassidy (R-La.) said they filed the House version of the INFORM Consumers Act, H.R. 5502 (117), as an amendment to the must-pass National Defense Authorization Act — a major win for online marketplaces. The House text, which was introduced last month, had secured the support of Amazon, eBay and Etsy, after these same platforms had opposed an earlier Senate version of the bill.

“Our amendment ensures a baseline level of transparency for online marketplaces — like Amazon,” Durbin said in a statement. He added that this latest version of the bill was the result of months of bipartisan negotiations.

— What’s changed? Online marketplaces had previously resisted legislative efforts to crack down on counterfeit goods, saying that they are already investing money into tackling the issue and the proposed fixes would burden sellers on their platforms. But changes in the recent House version, such as the addition of language that preempts states from passing their own anti-counterfeit legislation and fewer data collection requirements to verify sellers’ identities, won them over.

One caveat: In a blog post announcing Amazon’s support of the House legislation, Brian Huseman, the company’s vice president of public policy, said there were “a few areas in the bill that could be refined” and that Amazon intends to continue conversations with lawmakers about how to “strengthen” the legislation. (Amazon didn’t respond to a request for comment on what those areas might be.)

— Not on Durbin’s watch: The Illinois Democrat was clear at a Senate Judiciary hearing he chaired this week that he wasn’t open to more changes to the anti-counterfeits bill. He accused Amazon of watering down legislation and urged lawmakers to not make any further concessions.

“The proposals they have made over the years do not strengthen the bill, they strengthen Amazon’s hand in avoiding the bill,” he said. “I, for one, am not going to stand by and watch this watered down any further. We need to move on this.”

LEGISLATIVE DELAYS HAVE EVERYONE ON EDGE — It may be a while before senators get to that bill — or other tech-related legislation, for that matter — given the ongoing scramble over the bipartisan infrastructure deal (which the Senate has already passed) and Democrats’ partisan social spending package (which it has not). The inaction on the two packages had slowed progress on other legislation with major tech provisions. Here’s a rundown of what’s still in flux:

— U.S. Innovation and Competition Act: Senate Majority Leader Chuck Schumer joined the chorus of lawmakers calling on the House to pass legislation to boost American competitiveness against China, S. 1260 (117), adding that it would help alleviate supply chain constraints. “The Senate passed [USICA] to help the U.S. out compete other countries and address supply chain issues that are delaying delivery of vital products to our small businesses and families,” he told reporters Thursday. “The House ought to pass [it] now.”

But Schumer may well be disappointed. Architects of the bill’s House counterpart confirmed this week that they will forge forward with their own package, rather than simply pass the Senate version. That will likely mean further delays on the way to President Joe Biden’s desk, as lawmakers haggle over whether to include climate provisions in the House bill and trade compromises in the Senate bill.

“We’re looking at negotiations,” House Foreign Affairs Chair Gregory Meeks (D-N.Y.) said Tuesday. “There are some things that are very important that are in our package that aren’t in the Senate package and that need to be there.”

— NDAA: Senate Republicans have been lobbing criticism at Schumer for his slow-walking of the annual defense bill, S. 2792 (117), and House Armed Services Chair Adam Smith (D-Wash.) also expressed his frustration this week. The House version, which passed in September, included a slew of tech and telecom amendments related to issues from semiconductors to 5G. The same could happen for the Senate version (as seen with Durbin and Cassidy’s amendment), but that’s still TBD as we wait for the bulk of those amendments to roll in.

— Biden’s twin bills: And, of course, the infrastructure and social spending bills continue to remain in flux. Senior Democratic leaders are pushing for votes on both bills today, with the House out on recess next week. The packages are loaded with tech and telecom priorities, including billions for broadband funding and $1 billion for antitrust enforcement.

CHECKING IN WITH THE EUROPEANS — Delegations of European lawmakers have been in Washington this week, meeting with White House officials, the State and Commerce departments, and members of Congress, as many transatlantic tech issues, such as data flows and the global semiconductor shortage, remain in the headlines.

— Transatlantic update: Bernd Lange, who chairs the European Parliament’s international trade committee, said his delegation addressed a wide range of issues, from supply chain concerns and semiconductors to their strategy toward China and the U.S.-EU Trade and Technology Council. The second meeting of that council could be in May or June, he said, adding that lawmakers from both sides of the Atlantic hope to be more involved in the discussions and to attend the next high-level meeting, even if informally. (The inaugural event was held in Pittsburgh earlier this year on a ministerial level.)

He also said he had the feeling that “there is an openness to discuss problems” from the U.S. side, more so than during his last visit to Washington in July. “The doors are wide open. … We can discuss diverging positions constructively.”

— Coming together on AI: Dragoș Tudorache, who chairs the AI committee, told our Samuel Stolton that based on meetings with U.S. officials, it was obvious that “we come from two different regulatory cultures, but it is encouraging that we do share the same goals.” He added that he wants closer alignment with the U.S. on how to regulate AI — one of the focuses of the Trade and Technology Council.

— In other global news: The Biden administration is considering launching a global alliance aimed at promoting internet freedom, called “The Alliance for the Future of the Internet.” The alliance, which could be a part of Biden’s much-touted Summit for Democracy, would focus on issues like data privacy, cybersecurity and tech platform regulation, POLITICO’s Nahal Toosi reports. 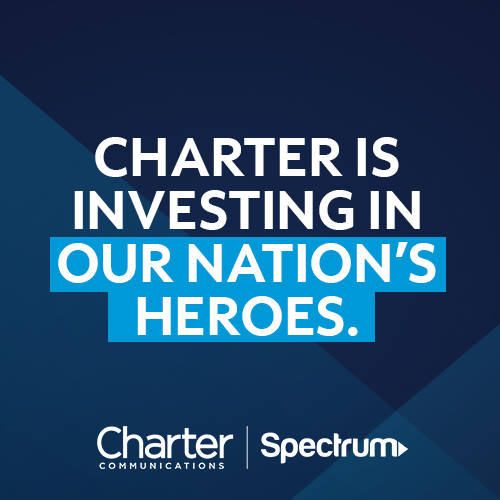 HOUSE APPROVED — House lawmakers on Thursday passed the E-BRIDGE Act, H.R. 3193 (117), which would make it easier for rural and poor communities to pursue broadband projects through Economic Development Administration grants. The Senate has yet to act on a bipartisan companion bill, S. 1695 (117), introduced in May.

— And more to come? House Energy and Commerce lawmakers noted during Wednesday’s telecom subcommittee markup that negotiation was underway to advance multiple other measures, including a bill from E&C ranking member Cathy McMorris Rodgers (R-Wash.), H.R. 5028 (117), which would direct the FCC to study the feasibility of a 911 disability alerting system. Democrats said they initially had planned to vote on the bill this week, but that a recent objection from a disability rights group means they’ll have to further discuss the measure first.

The U.S. and the U.K. announced plans for further cooperation on quantum information science and technology, through collaborations between federal agencies and industry representatives.

NetChoice has launched its Retail is Everywhere initiative, which “will highlight the competitive and robust nature of retail.”

Differing approaches: The approach DOJ antitrust nominee Jonathan Kanter is taking to hire his top deputies could offer clues into how he might diverge from FTC Chair Lina Khan on antitrust enforcement, via The Information.

Shut it down: The FTC approved its final order requiring Broadcom to end what the agency has determined are anticompetitive practices.

Local news that you can use: The city council in Alexandria, Va., plans to go after Comcast’s internet monopoly, ALXNow reports.

Weighing in: Tech trade groups urged the Commerce Department to make sure it adequately protects the sensitive company data it collects related to risks in the semiconductor supply chain.

A message from Charter Communications:

Charter is building strong connections with the military community. Through programs like the Hiring Our Heroes Corporate Fellowship Program, we’re investing in our nation’s heroes, helping them transition out of military life and build meaningful civilian careers with us. Learn more.

HAVE A GREAT WEEKEND!