“The more you know, the less you need.”
― Yvon Chouinard, Let My People Go Surfing: The Education of a Reluctant Businessman

In a design patent application, “the subject matter which is claimed is the design embodied in or applied to an article of manufacture (or portion thereof) and not the article itself.” United States Patent and Trademark Office (USPTO) Manual of Patent Examining Procedure, Chapter 1500, Section 1502.

With that said, a design patent applicant need not claim the entirety of their product, and as a result, they can expand the scope of their one claim. The expansion of scope is possibly because solid lines in design patent drawings are the only things that define what the one claim is. Thus, the less you draw – in solid lines – the broader the resulting patent would be since infringement is found where the would-be infringer has at least everything claimed regardless of whether they have additional elements. 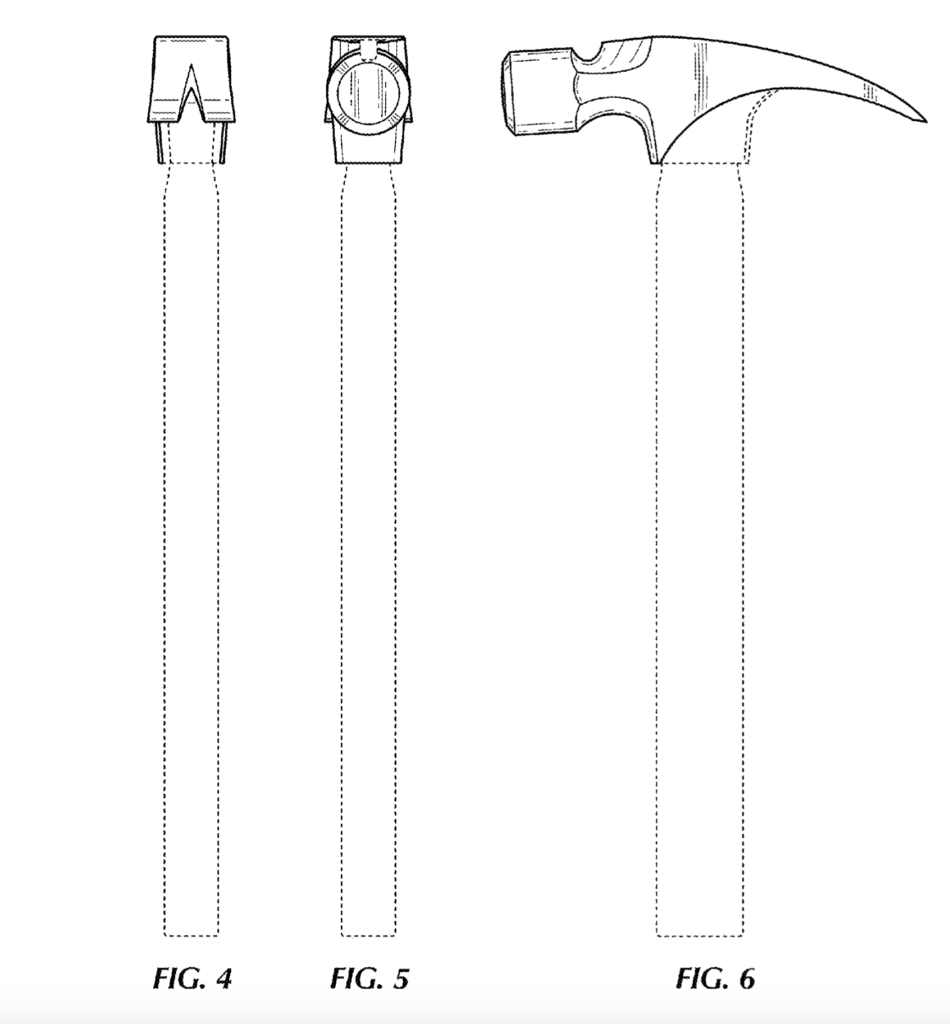 Since a picture is worth a thousand words, here is a patented hammer head (U.S. Patent No. D719,242). Note that the handle portion of the hammer is “disclaimed” with dashed lines. Thus, the claim is limited to just the hammer head portion (shown in solid lines). The legal consequence is that someone is infringing this patent if they have a hammer head that looks like the one seen in the attached image – regardless of what their hammer handle looks like.

Some might shrug and say, “so what, I heard design patents offer very little protection.” And I would say, ask Samsung®, whose patent infringement suits vis-à-vis Apple®, that resulted in a 9-figure judgement, center on three patents, two of them design patents. Also, online marketplaces like Amazon® honor design patents as intellectual property rights they enforce via their “Amazon’s Report Infringement form,” through which a (design) patent holder/seller can have the Amazon listings of an infringer removed (assuming Amazon makes that determination). And since design patent application, as compared to utility patent application, are far less expensive, go through the USPTO quicker, and have a far greater likelihood of issuing as a patent, that makes them an affordable way to enforce and enhance your product. And now that you know more, you can claim less with greater impact.